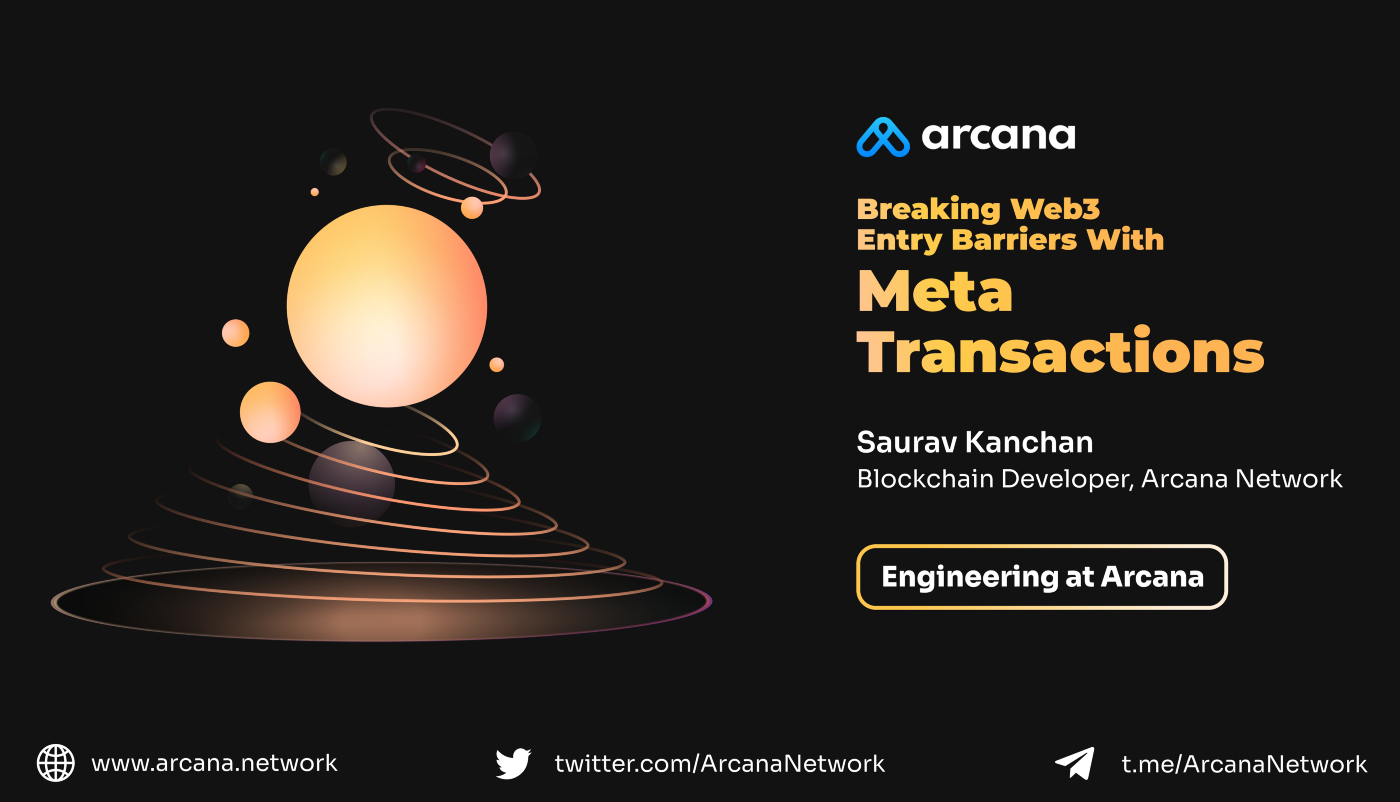 As you begin dipping your toes into the much-hyped world of blockchain, crypto and Web3, you realise that, unlike Web2, this is not a piece of cake. This is primarily true irrespective of whether you are an end user or a developer of decentralised applications (dApps).

Web3 entails a significant barrier to entry for both end users as well as Web2 developers that are building decentralised applications (dApps) for the end users. Despite the hype, the Web3 adoption rates are nowhere close to those of Web2, in its infancy.

There is a long road ahead with a bumpy ride guaranteed. While dApp developers and end users grapple with onboarding woes, the blockchain backend ecosystems that power the dApps, have their own more significant challenges that are yet to be solved.

Should that deter you from delving any deeper into Web3 yet?

Not at all, unless you don’t enjoy a front-row seat in the fast-evolving Web3 technology arena.

In this post, we will look at some of these chicken-and-egg onboarding challenges impacting dApp adoption and how those can be addressed through the Meta Transaction approach while building dApps.

Getting started with a Web3 app requires end users to understand the blockchain onboarding model, the token and payment mechanisms involved and managing secret keys. Web3 apps use blockchain technology and smart contracts at the backend that are driven primarily by block mining and verification transactions. For initiating a transaction, the end user must have the following:

The biggest challenge faced by dApps developers is end-user adoption.

Well, they can make onboarding a little easier for end users by offering them dApp subscriptions that can be purchased using fiat currency. But, at the same time, the developers themselves bear the burden of paying gas fees through blockchain wallet and token mechanisms.

However, that brings up a different set of issues altogether related to creating and funding the wallet before any functions can be called (Setters) on the smart contracts living in blockchains:

Suppose dApp developers choose to manage these for their end-users to make Web3 dApps onboarding experience similar to Web2 and enable more end-users. In that case, these issues listed above are big enough to waste a significant portion of dApp developers’ time and efforts. That time and effort can be better spent building the dApp application logic itself.

There are three key actors in a meta transaction — The user, the Relayer or Operator, and the Blockchain Smart Contract.

The figure below shows the sequence of actions that form a meta transaction:

The sequence of actions that take place in the above illustration:

So does meta transaction solve all onboarding issues? Maybe not. Let us take a look at some of the advantages and disadvantages.

In the context of meta-transactions, there are specific security considerations that we need to be aware of:

2. EIP2771: Secure Protocol for Native Meta Transactions: Meta transaction-related wrapping and unwrapping of the transaction happen through this protocol. Developers have to inherit their contracts from here to wrap the transaction. After inheriting the contracts in their code, developers need to rename two keywords.
1. msg.sender to _msgSender()
2. msg.data to _msgData()

Meta transaction is a way forward to enable Web2 users and developers to onboard Web3 easily with a lower barrier to entry. For more information, see the following references: