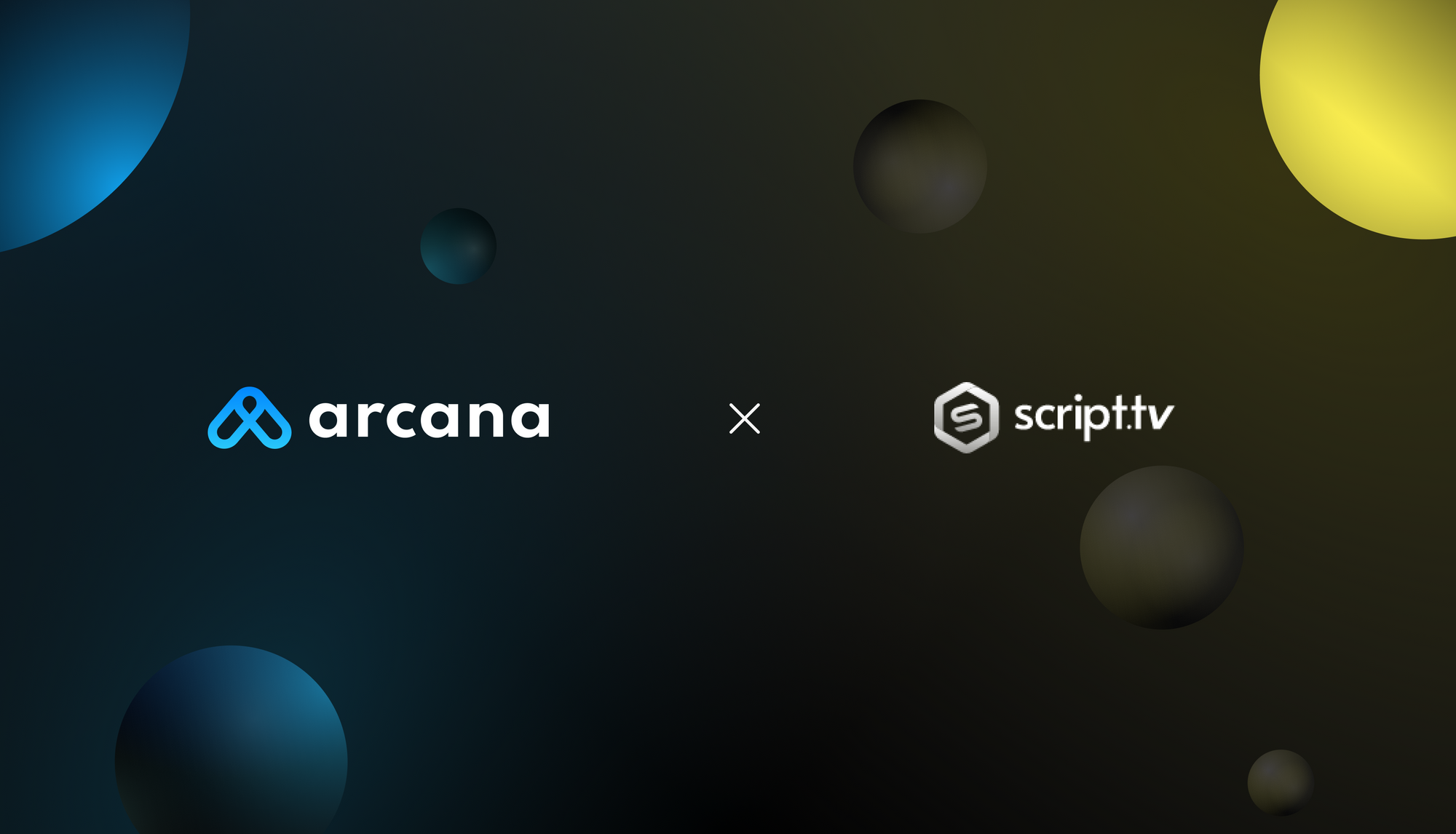 Their products include Script TV, Video NFTs, and multiple other dApps currently being built on-chain. Script TV is one of the core services of the protocol. It is a free-to-air live television platform featuring countless channels and diverse movies, sports, documentaries, and news content. In addition, filmmakers can finance their productions through the script fundraising mechanism while rewarding users with $SPAY tokens for watching content (watch-to-earn) and sharing their bandwidth with the network.
Script Network is taking giant leaps in its development and is ready to launch soon. They already have partnerships with Gate Labs and a strong community of supporters who will be their node operators and content partners and aid in their tech development. Not just that, Script Network also has its token launch coming soon.

What does Script Network achieve from launching on Arcana’s mainnet?

At Script Network, we’re focused on providing the tools, platform and protocols to support the next era of film and television.
In an age-old industry with over 3 billion users, the goal of Script Network is to bridge the gap between a broken content industry and a developing technological one in the blockchain. We aim to do this through products with clear language and a great user experience. This is why we are partnering with Arcana to help make this vision possible. We are super excited to onboard Arcana Network’s products into our ecosystem going into 2023 and beyond.