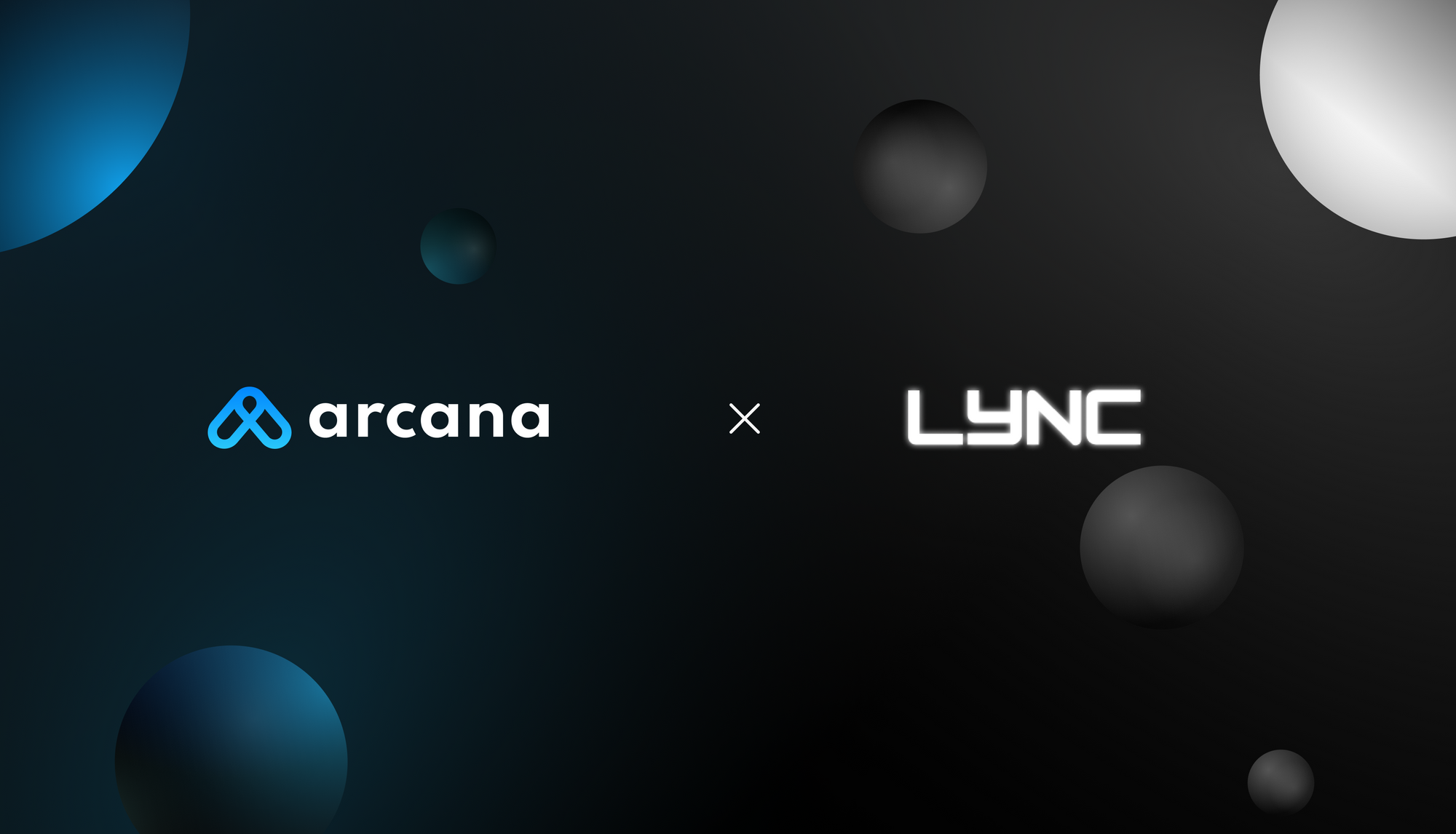 Arcana Network is excited to onboard its newest partner, LYNC, as we gear up for our Mainnet launch soon (watch out for the dates). LYNC is also an Infrastructure provider like Arcana Network. LYNC is GameFi infrastructure, creating a one-stop solution for game developers to push their games on Web3.0 and explore NFT interoperability without worrying about the web3 complexities.

Game developers can launch an in-game marketplace using LYNC SDK in 20 mins and seamlessly list their in-game assets as NFTs without any web3 knowledge. These NFTs can also be customised, traded or upgraded across the games.

Not just that, LYNC also facilitates a gaming portal that helps gamers take their NFTs to other games and compete on different levels. These interoperable NFTs improve your overall metaverse experience. LYNC is also working on a way for gamers to carry their virtual identity, which is an upgradable & non-transferable token (SBT) for unique levels and experiences earned by them as status symbols.

The end goal of LYNC is to simplify developers' lives by providing seamless cross-chain support, easy-to-integrate SDKs, and robust APIs. As of now, they support all the EVM chains and are supported not only by us but also by the likes of Filecoin, IPFS, Spheron, NEAR Protocol and Chainlink, among other infra providers in the web3 space.

How is Arcana Network committed to helping LYNC?

LYNC aims to onboard developers who don't want to code web3 building blocks from scratch. It brings this vision to fruition. Arcana is helping LYNC by providing Auth SDK to help onboard users without friction. In summary, we offer a seamless Web3 auth experience with social logins that creates non-custodial web wallets. Users can securely sign transactions to blockchains using Arcana's web wallet without installing additional apps or extensions. Learn more in our docs.

On top of leveraging our Auth SDK, LYNC is also using Arcana Network's Private NFT infra. To be precise, private NFTs are built on Arcana's Access Control. Private NFTs are owner-controlled NFTs that are just like standard NFTs with public images and metadata. Still, they also include an additional DID link to an encrypted file that only the owner of the NFT can decrypt– and this is what makes all the difference.

As a part of extending ecosystem support, we will be helping LYNC in areas such as product, growth, and community building while also helping them launch on Arcana's Mainnet.

What does LYNC have to say?

At LYNC, we are simplifying blockchain gaming and NFTs interoperability, By keeping the web3 complexity aside. We are building go-to industry standards SDKs that work seamlessly in most game engines, plug and play.

To onboard the first billion gamers in the web3 gaming space, the user onboarding experience has to be simple. So we are super excited about this partnership with Arcana as it will help us to provide game developers with easy-to-integrate Social Auth or passwordless login SDK for simplified onboarding of gamers.

Built for Ethereum and EVM-based chains, Arcana is the web3 infrastructure to quickly onboard dApp users and enable user data privacy and ownership. Web3 developers use Arcana's SDKs for a seamless, familiar user onboarding experience via social authentication and passwordless login. In addition, all user data is encrypted, secured with data access fully controlled by the users, and powered by blockchain.

We are launching our mainnet in December. Want to know more? Book a demo.