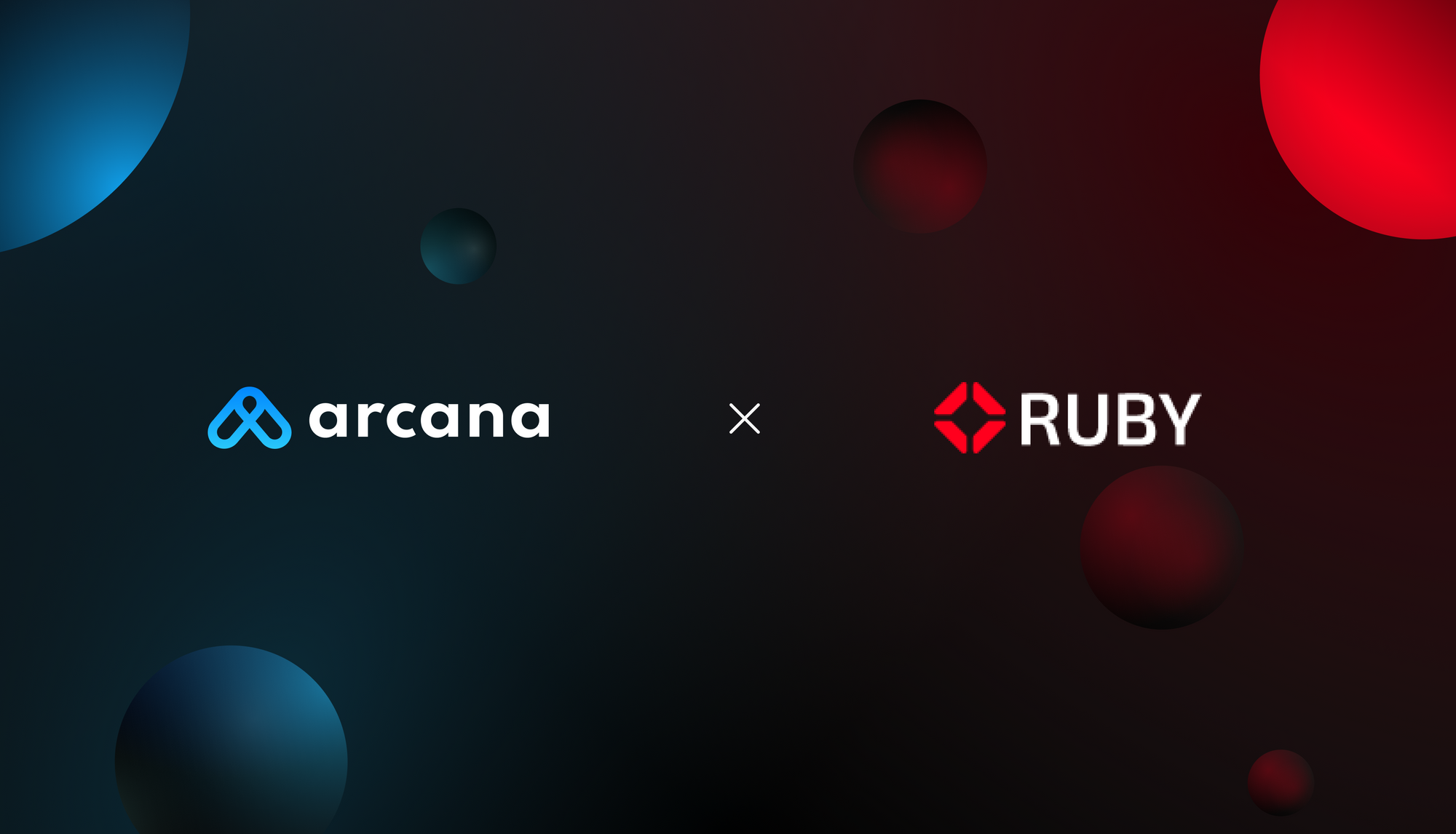 With the mainnet release around the corner, we’ve been partnering with impactful web3 projects that are helping push the envelope of decentralization and privacy. Our latest partnership with Ruby Protocol is a step in the direction of amplifying privacy-centric solutions and making them user-friendly.

Ruby Protocol is focused on building a private data management framework for web3, while implementing a privacy layer that interacts with the multi-chain ecosystem.

Ruby Protocol’s value proposition of bringing privacy-as-a-service to web3 greatly excites us! After our initial interaction with the Ruby Protocol’s team in the Token2049 event in Singapore this year, working together seemed like the most obvious thing to do. Considering both Ruby Protocol and Arcana Network are working to power the web3 ecosystem with easily accessible privacy and storage options, our partnership will help cultivate more dApp developers in the time to come.

Ultimately, onboarding Ruby Protocol will allow us to enable web3 devs to build secure and privacy preserving dApps, seamlessly. Through social auth and passwordless login, the need to deal with crypto wallets and seed phrases goes away, making it easy for new users to interact with the web3 ecosystem at large. By removing the entry barrier for new users, we ultimately increase the size of the pie and enable more users to evolve to web3.

“We are thrilled to partner with Arcana Network, a project helping this space easily build secure and privacy-preserving apps, to explore different technology pathways to build a strong system that safeguards user privacy and data ownership. This partnership is bound to be fruitful.”
— Mindaugas Savickas, General Manager of Ruby Protocol

“From the start, our goal has been to work hand-in-hand with web3 projects that are enabling top-tier data privacy for users at scale. Ruby Protocol’s emphasis on building multi-chain, privacy-centric framework perfectly aligns with our mission of enabling building privacy-preserving apps at scale. We’re excited for what’s in the store.”
– Aravindh Kumar, Co-Founder, Arcana Network